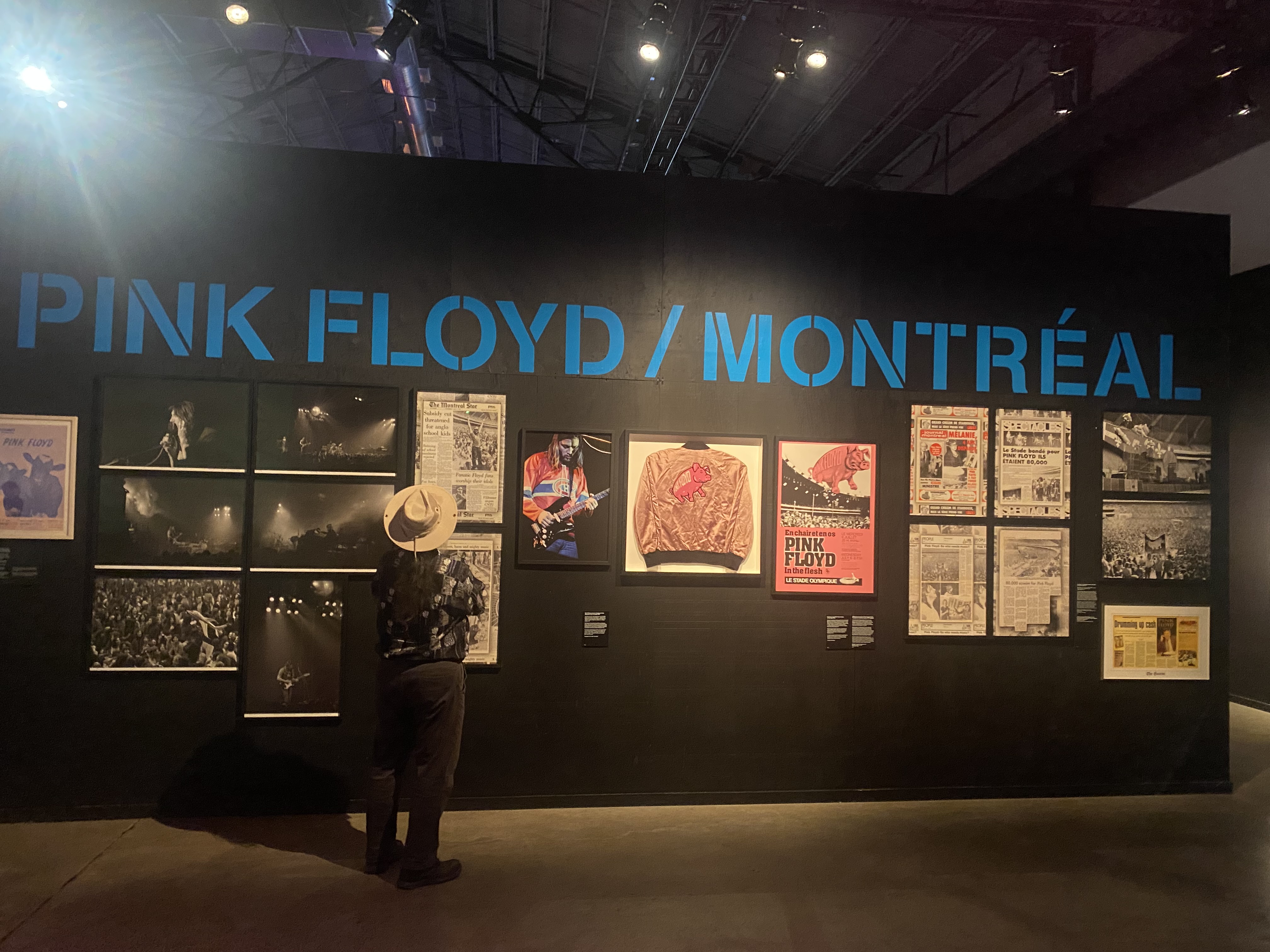 Any excuse is a good excuse to visit the Arsenal Contemporary Art Montreal, one of my favourite exhibition halls located in trendy Griffintown.

Now imagine when this classic rock fan heard the news that the Pink Floyd: Their Mortal Remains exhibit was making its way to the city. I was so excited that I immediately booked my ticket to see the exhibition.

Housed in an old 19th century shipyard on the Lachine Canal, the Arsenal’s exhibition halls are quite impressive with over 80,000 square feet in total space. Very industrial in feel, I could not think of a better venue other than the Arsenal for Pink Floyd’s art, which has tackled many societal issues such as isolation and depression. 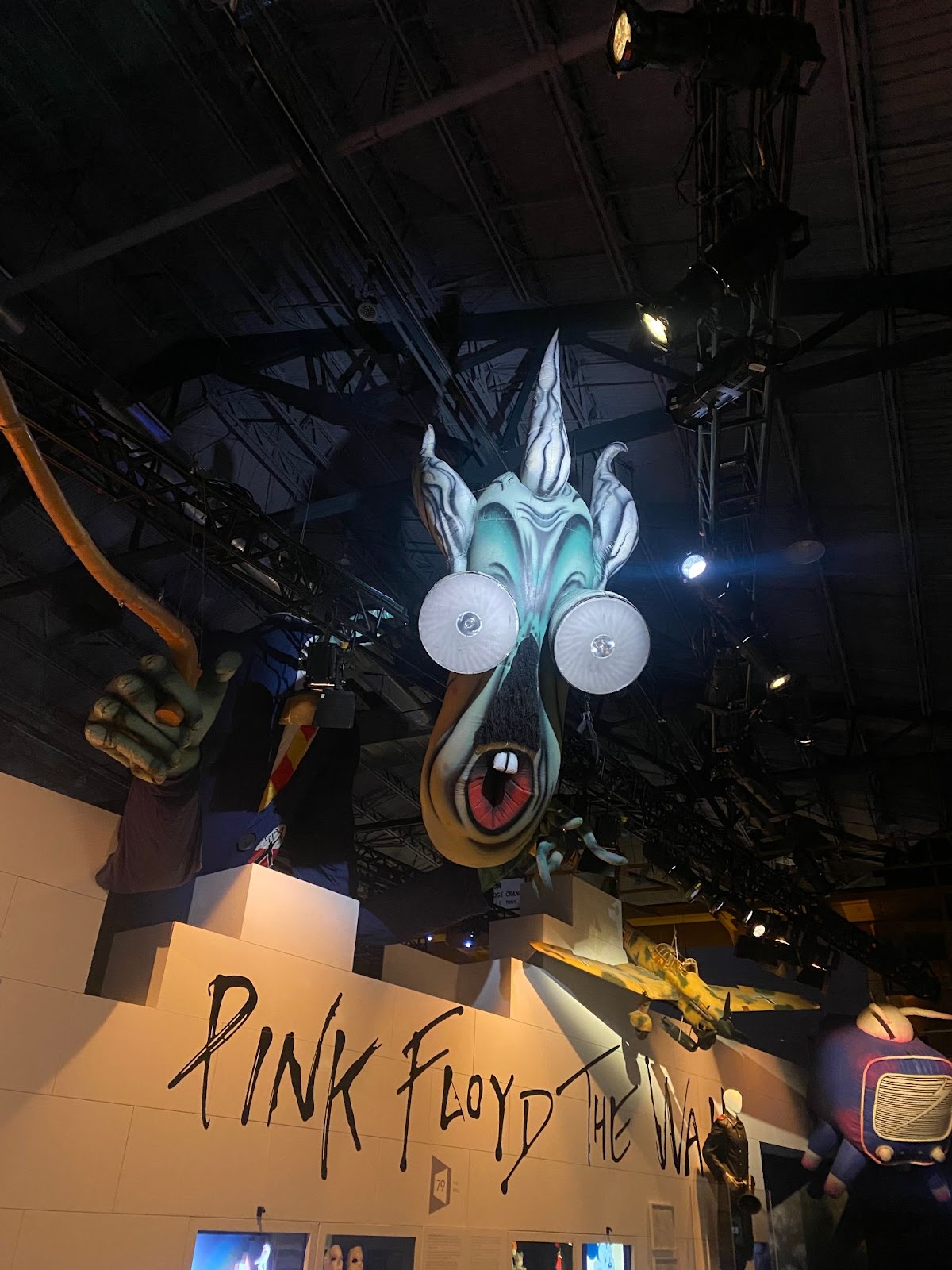 Originally presented in London, England in 2017, Their Mortal Remains provides a stunning history of Pink Floyd, from the very beginnings of the band to paying homage to Pink Floyd member Richard Wright who passed away in 2008. The exhibition masterfully showcases the genius of this legendary rock band that has always been emotionally linked to our city. In fact, I loved that the very first thing we see is the band’s history – and love affair – with Montreal through an impressive display of concert posters and paraphernalia collected when they played here. And yes, it was in Montreal where bassist Roger Waters spat at a fan during their performance at the Olympic Stadium during their In the Flesh world tour in 1977, leading to the creation of their iconic album: The Wall. 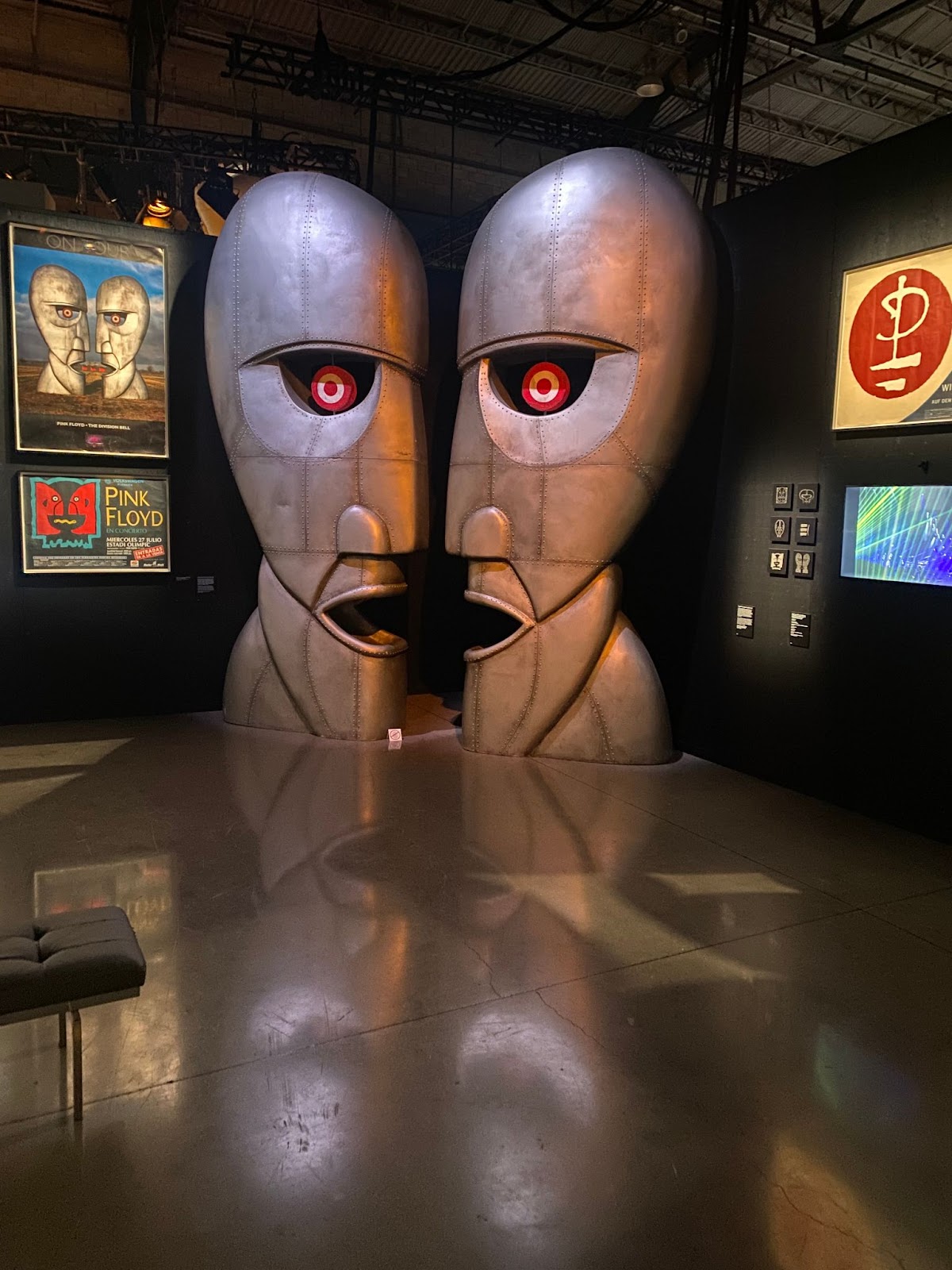 Visitors are given headphones enabling them to experience the different stations both acoustically and visually thanks to screens that are spread out throughout the halls. Imagine getting close to a screen only to hear notes from your favourite songs. Seeing the very guitar that David Gilmour picked up to play the song Comfortably Numb will send shivers down your spine. And this coming from a leisure Pink Floyd fan! 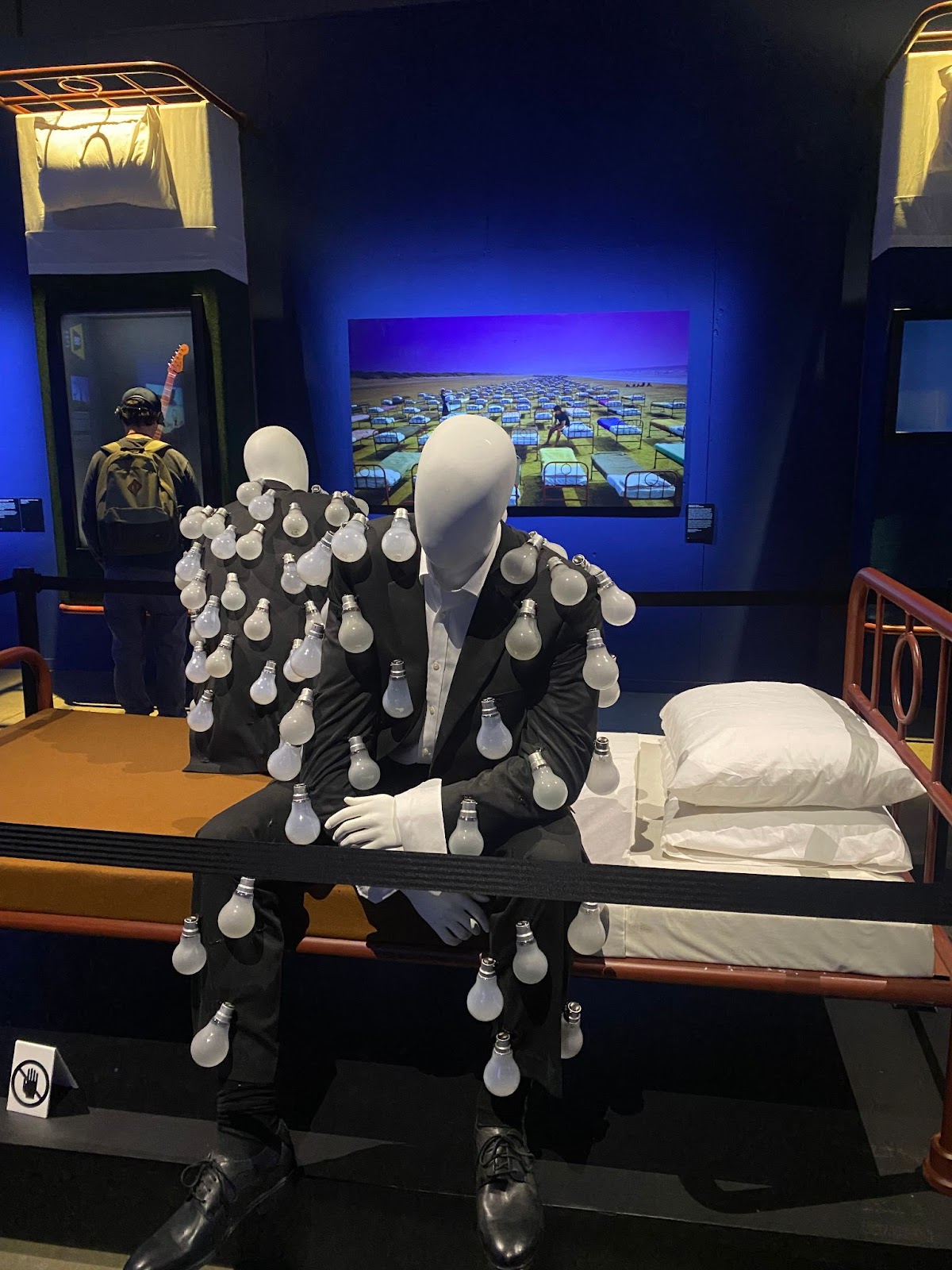 Highlights from the exhibit include the making of their epic Dark Side of the Moon album, as well as The Wall memorabilia, complete with all those inflatable animals and gory characters that have now become synonymous with the British band.

Do plan to spend over two hours browsing through the many rooms and partaking fully in the exhibit. Pink Floyd: Their Mortal Remains runs from November 4th to December 31st, 2022. 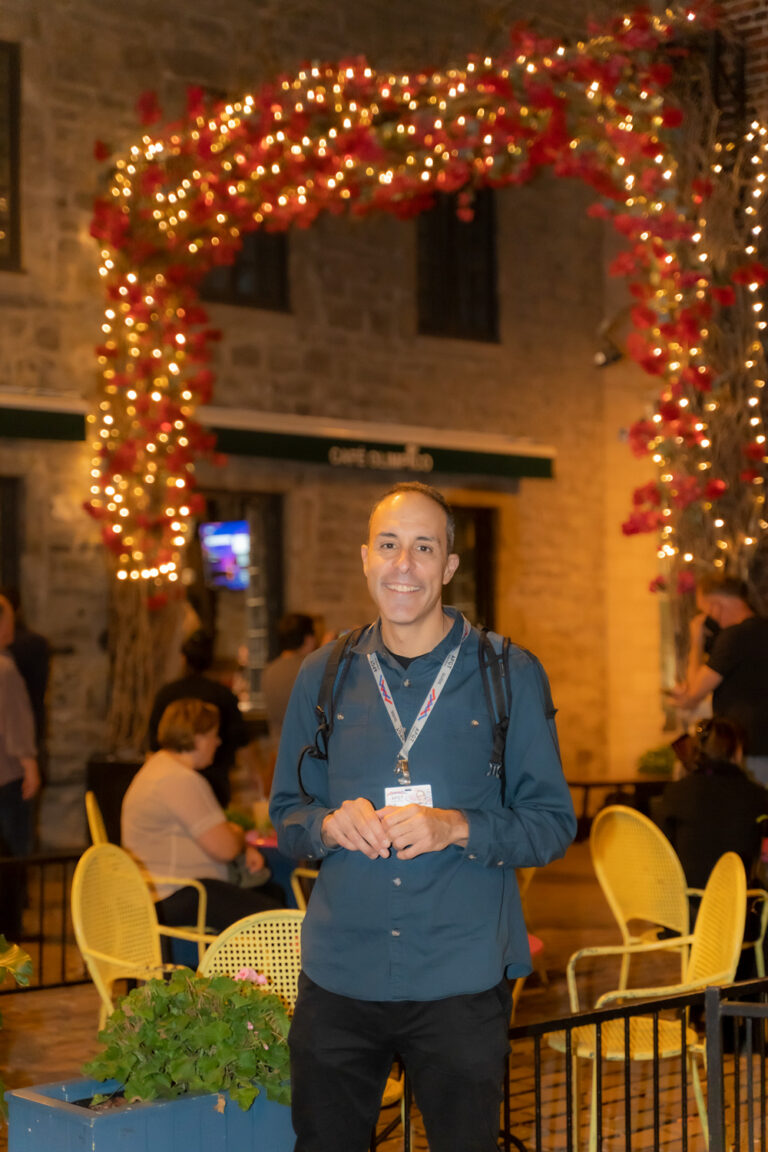